In the first story of the seventeen new works by HARLAN ELLISON in this passionate and astonishing collection, a young man saves an old man’s life as muggers attack in a cemetery. But is this merely a feisty old gentleman visiting the grave of his wife, or is he something much greater, something mysterious and awesome? Perhaps the ornate watch that floats back through the air, the watch stopped at 11:00, holds the secret. If that brief summary seems familiar, it may be because this story, “Paladin of the Lost Hour” is not only an award-winning narrative, it was also the most distinguished episode of CBS-TV’s revival of The Twilight Zone, costarring Glynn Turman and the late Danny Kaye in his last performance. It won for Harlan Ellison his fourth Writers Guild of America award for Most Outstanding Teleplay. (He is the only scenarist ever to win the award for solo work…four times.)

In “Soft Monkey,” winner of the 1988 Edgar Allan Poe award of the Mystery Writers of America for Best Short Story, a Manhattan bag lady with a tragic past witnesses a brutal gangland slaying, and is pursued by professional killers through streets and alleys, to a denouement that will make your heart ache and your jaw drop.

In “The Function of Dream Sleep,” a young man feels the chill wind 0f eternal sleep touch him as he wakes suddenly and sees a secret mouth filled with teeth close in his flesh.

What do all seventeen of these remarkable new stories have in common? They are the work of a man whom the Washington Post calls
“One of the great living American short story writers.” 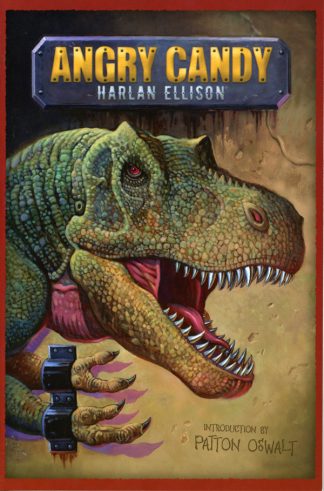