A publisher’s copy (PC) of the specially bound edition, housed in a custom traycase. Lettered copies sold out within a minute of being offered by the publisher.

N.B.: Upon request, the editor sign the book in addition to the author, creating a unique copy signed by both.

Also features an introduction by editor Jason Davis, the interstitial short story “This Is a Conversation That Took Place on a Wednesday Night,” and “The Wit and Wisdom of Blood.”

Shipping insurance is included in the price. 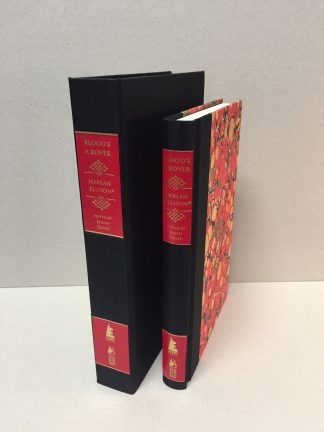