NOTE: To order this title in hardcover, please click here!

This is a pre-order item. This book—and any items purchased in the same order—will ship when this book is published. July 2021 Update: This title has been proofed, typeset, and prepared for printing. We hope to have it in hand shortly.

HONORABLE WHOREDOM AT A PENNY A WORD collects the hard-boiled fiction Ellison wrote for the mystery/suspense digests of the 1950s, along with a few later contributions to the genre from the men’s magazines of the 1960s. In these pages, you will find Ellison’s only recurring character, insurance investigator-turned-fixer Jerry Killian, as well as the diminutive private dick Big John Novak, a character intended to continue, but only appearing in one suspenseful outing. His aborted second appearance, “In Small Packages,” makes its debut herein, alongside a pair of first drafts that showcase the rapid development of Ellison’s craft across his first years as a professional writer—a time when pros were paid a penny a word.

Is a Purveyor of Literary Whoredom a Publishing Pimp? by Jason Davis
An expanded version of the original introductory essay.

The Final Movement
Previously unpublished text deleted from the story.

The Only Thing Piper Kell Knew
The previously unpublished first draft of “Riff,” which features a different narrator than the published version of the story.

In Small Packages
The previously unpublished abandoned first draft of “Find One Cuckaboo,” which was originally written to star Big John Novak and featured references to “Can Opener.” 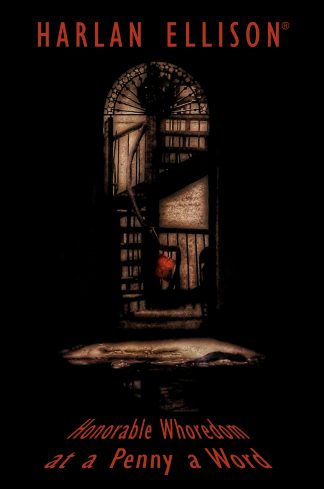