Harlan Ellison’s 1961 memoir of his time in a New York gang as well as his incarceration in the Tombs.

Hemingway said, “A man should never write what he doesn’t know.” In the early Fifties Harlan Ellison–kicked out of college and hungry to write–went to New York to start his writing career. What he didn’t know would have filled three books. It was a time of street gangs, rumbles, kids with switch blades and zip guns made from car radio antennas. Ellison was barely out of his teens himself, but he knew he couldn’t write about juvenile delinquency unless he had experienced it first-hand. He took a phony name, moved into Brooklyn’s dangerous Red Hook section and managed to con his way into a “bopping club.” What goes around comes around: and what went down in those murderous streets is not that much different from today’s events. What Ellison experienced (and the time he spent in jail as a result), what he learned, filled four books. This autobiography is the first, a long out-of-print underground classic. In it you will be unable to escape the violent story that Alfred Hitchcock filmed as the first of his hour-long tv dramas…a book whose message you won’t be able to ignore or forget. 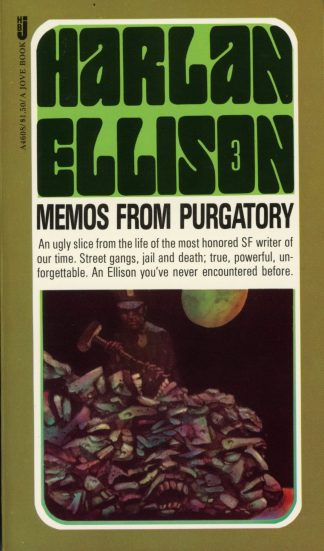