Only 4 left in stock

Robert Heinlein says, “This book is raw corn liquor–you should serve a whiskbroom with each shot so the customer can brush the sawdust off after he gets up from the floor.”

Perhaps a mooring cable might also be added as necessary equipment for reading these eight wonderful stories: They not only knock you down…they raise you to the stars. Passion is the keynote as you  encounter the Harlequin and his nemesis, the dreaded Ticktockman, in one of the most reprinted and widely taught stories in the English language; a pyrotic who creates fire merely by willing it; the last surgeon in a world of robot physicians; a spaceship filled with hideous mutants rejected by the world that gave them birth. Touching and gentle and shocking stories from an incomparable master of impossible dreams and troubling truths. 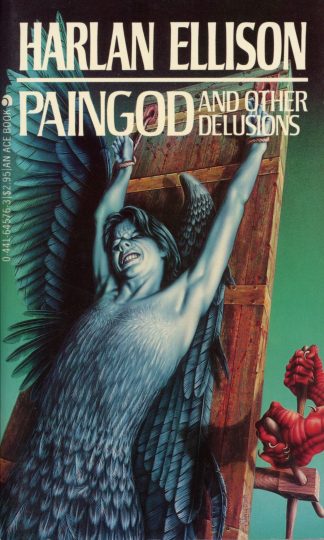