PRE-ORDER: Blood’s a Rover: The Complete Adventures of a Boy and His Dog (2021 Edgeworks Abbey Archive Trade Hardcover)

This is a pre-order item. This book—and any items purchased in the same order—will ship when this book is published. We are estimating a publication date of early May 2021, but hope to have the books in hand earlier.

The complete table of contents of the 2018 Subterranean Press hardcover of BLOOD’S A ROVER:

Over the Hill: Fifty Years in the Post-Apocalyptic Wastes by Jason Davis
An expanded version of the original introductory essay that originally appeared in the Subterranean Press edition, detailing the history of Ellison’s final, long-awaited book. 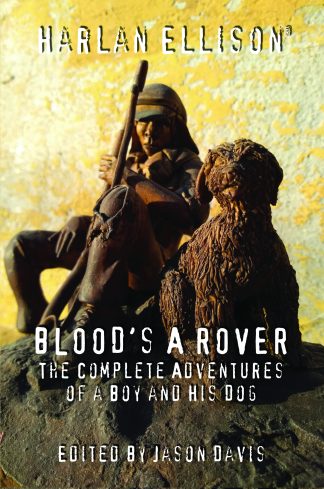 You're viewing: PRE-ORDER: Blood’s a Rover: The Complete Adventures of a Boy and His Dog (2021 Edgeworks Abbey Archive Trade Hardcover) $40.00
Add to cart