“It is not the province of this department to take up recent paperbacks… But lately there has come into my weary hands a paperback of short stories by Harlan Ellison, a young writer whose name I had not known before. The book is horribly titled, ‘Gentleman Junkie and Other Stories of the Hung-Up Generation.’ … It turns out that Mr. Ellison is a good, honest, clean writer, putting down what he has seen and known, and no sensationalism about it… I cannot recommend it too vehemently.”

Cover photograph from the collection of Harlan Ellison.

The complete table of contents of the 1975 Pyramid edition of GENTLEMAN JUNKIE and Other Stories of the Hung-Up Generation, with the author’s revisions from the 2013 Subterranean Press hardback:

No Doors, No Windows by Jason Davis
An original essay detailing the history of Ellison’s fifth short story collection.

Selling the Hung-Up Generation: 1961-2013
A compendium of Ellison-written cover copy for 60 years’ worth of GENTLEMAN JUNKIE reissues, including Dorothy Parker’s famous review.

“The Hangman with the Turquoise Eyes” (previously uncollected)
The only uncollected story from Ellison’s Rogue years.

“Coffee Houses Are Cabarets, Police Say; Owners Deny It” and “My Day in Stir, or Buried in the Tombs” (previously uncollected)
Two pieces of reportage for The Village Voice. The latter was the seed for MEMOS FROM PURGATORY.

Ellison’s 1961 Preface
The author’s original preface, omitted from all editions since the first.

Truth and the Writer, or “I’ve had a fabulous life; all you have to do is write it and I’ll split it with you, fifty-fifty!” (previously uncollected)
Ellison’s 1961 essay for Writer’s Digest, with his 1989 revisions and an introduction, “Grinning at the Kid,” written for that reappearance.

The Night of Delicate Terrors (previously unpublished)
An abandoned novel of the early 1960s.

NOTE: This volume was originally solicited with “Frank Robinson: The Finest Human Being Who Ever Lived” listed among its contents. As the book neared completion, the editor was reminded that Ellison had incorporated his obituary for Robinson into the lengthy 2015 introduction to ELLISON WONDERLAND. To avoid a further redundancy herein, the piece has been dropped from GENTLEMAN JUNKIE. We hope the additional story and Village Voice pieces will make up for the omission. 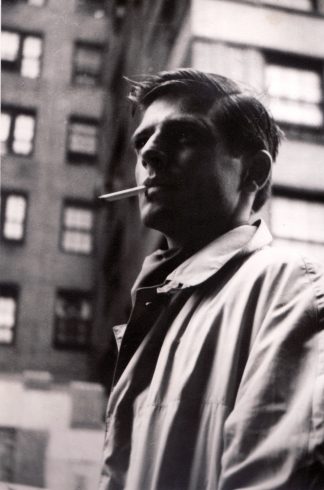