NOTE: To order this volume in hardcover, please click here!

This is a pre-order item. This book—and any items purchased in the same order—will ship when this book is published. July 2021 Update: This title is being proofed. We hope to have it in hand shortly.

Amid the ruins of a world in which men become monsters, dreams turn to poison, and the only sanity lies in fantasy, these nine stories and three essays take you beyond the brink, to study the terrifying landscape charted by Harlan Ellison.

“An impressive performer; a young man to watch for surprises; unpredictable and rewarding.”
The Chicago Tribune

The complete table of contents of the 1996 EDGEWORKS, Volume 1 version of OVER THE EDGE, including later revisions by the author.

The All New, All Different… by Jason Davis
An original essay detailing the history of Ellison’s twelfth short story collection.

Cutting-Edge Copy: 1966
A compendium of Ellison-written cover copy for 26 years’ worth of OVER THE EDGE reissues.

Story Commentary: 1960-2001
Ellison-written commentary on the stories from an early assembly of A TOUCH OF INFINITY (1959), an early assembly of FROM THE LAND OF FEAR (1967), the 1970 edition of OVER THE EDGE, and unpublished introductions from ALONE AGAINST TOMORROW (1971).

Dead Man’s Pennies (previously unpublished)
Ellison’s unfinished My Name Is Adam treatment that became the basis for “Pennies, Off a Dead Man’s Eyes.”

Dreamers on the Barricades (previously uncollected)
The first of Ellison’s trilogy of essays featured in the three CLARION anthologies edited by Robin Scott Wilson.

Goodbye, Gypsy (previously uncollected)
An August 1972 Ellison essay from Knight that ties in to “From a Great Height.”

The Final Push
Ellison’s other traditional Western short story, previously collected in the 2014 edition of AGAIN, HONORABLE WHOREDOM AT A PENNY A WORD, but collected here as a complement to “The End of the Time of Leinard.”

Good Morning, Folks; I Am Not Kathie Lee Gifford
Ellison’s 1996 introduction to EDGEWORKS, Volume 1, which featured OVER THE EDGE and AN EDGE IN MY VOICE.

Bring on the Dancing Frogs
In 1988, Ellison wrote, “It is, no doubt, a silly conceit: that when I finish this novella I’ll have reached as high as my talent will permit; but that’s the silly feeling I’m stuck with.” Ellison’s unfinished novella, read at various early 1980s conventions and broadcast over KPFK’s Hour 25 in 1983, makes its print debut herein, per Harlan and Susan Ellison’s wishes. 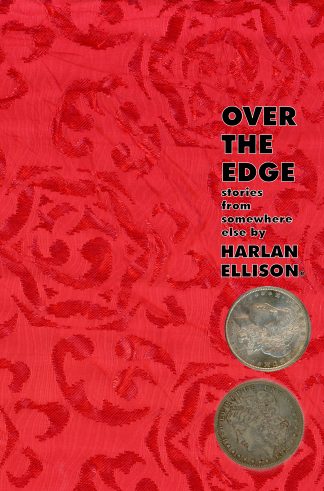