The Kyben demolished Deald’s World. And their armada was heading for the Earth. All that stood in their way was a man on Deald’s World named Benno Tallant…about as lousy a candidate for a hero as one could imagine: junkie, looter, coward, betrayer. So the retreating Terran forces made him the last man on Deald’s World. They surgically implanted a cataclysmic bomb in his body, turned him loose, and let the Kyben hunt him down. See Benno run; run, Benno, run like hell! 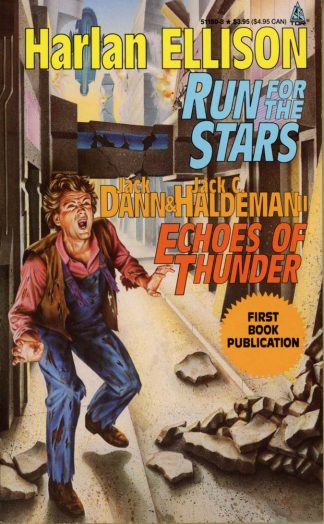