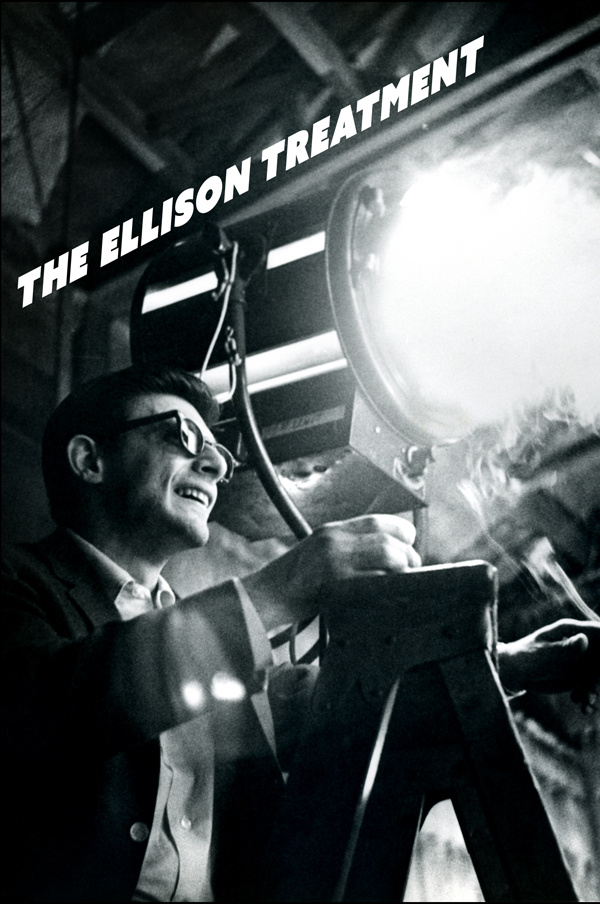 This perfect companion to the ongoing BRAIN MOVIES series gathers Ellison-scripted storylines that never progressed to the teleplay phase and serves as an excellent showcase for the breadth of his television work during his first decade in Hollywood.

Published in 2019 exclusively for backers of the Harlan Ellison Books Preservation Project.

Contents
Hollywood: Year One by Jason Davis
Ripcord: Four Premises
Empire: A Coat-Tail Ride Is the Smoothest Ride
Airport: An Ivory Mischief, a Silent Deceit
Alfred Hitchcock Presents: Ormond Always Pays His Bills
The Untouchables: No More Saints
The Great Adventure: Eight Bombs in Search of a Target
Route 66: One Life, Furnished in Early Poverty
Route 66: The Girl in the Spinning Glass Globe
The Dick Powell Show: All That Glitters
Run for the Stars
The Alfred Hitchcock Hour: The Darkness Behind Their Eyes
Honey West: Mrs. Pigfoot
Amos Burke, Secret Agent: In the Valley of the Winds
The Name of the Game: The Whimper of Whipped Dogs
The Sixth Sense: Salamander
The Super: The Star
Land of the Lost: The Guardians of the Pit
Duck Tales: The Fowlness at the Center of the Earth by Harlan Ellison & Susan Ellison