Harlan’s scripts for a pilot called Esper, a movie-of-the-week called The Tigers Are Loose, and an unfinished screenplay adaptation of WEB OF THE CITY titled Rumble.

Two of Harlan Ellison’s most compelling unfulfilled dreams will, at long last, finally find their audience when you open this book to discover 1968’s Esper—the story of a broadcast news journalist whose emerging telepathy changes his professional perspective forever—and 1975’s The Tigers Are Loose—which finds a penal psychiatrist attempting to understand and treat the monsters in our midst.

Esper
In 1968, Harlan Ellison wrote a detailed treatment for a TV movie intended to spawn a series. Readers of Stephen King’s 1979 novel THE DEAD ZONE might wonder if Harlan Ellison could see the future…

The Tigers Are Loose
Inspired by the practice of the psychiatrist who treated mass murderer Richard Speck after his capture, this teleplay for an unproduced 1975 movie-of-the-week highlights Harlan Ellison’s ability to deliver a suspenseful thriller despite the unwillingness of NBC’s censors to allow violence on the network’s air.

Rumble (bonus for the first edition)
Harlan Ellison’s never-before-published (or finished, for that matter) screenplay adaptation of his first novel, WEB OF THE CITY. Rumble—the script was titled per the re-titled novel—was written for American-International Pictures in 1963 as a Frankie Avalon/Annette Funicello vehicle that would certainly have distrupted the teen idol image established by such movies as Beach Blanket Bingo. 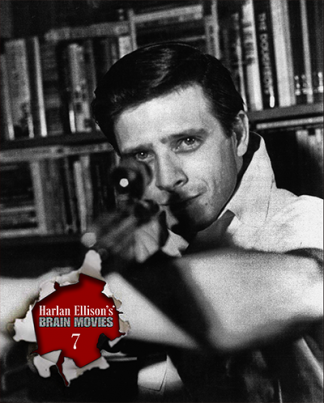