Here are sixteen poisoned arrows from fantasy’s most improbable Cupid, on the subject of that damaged product called plastic romance. Harlan Ellison, whom Oui magazine called “the perpetually angry young punk of the bizarre,” rips the Saran-Wrap off love and hate and sin and twittering passion—to disclose the raw meat beneath. A world of hearts and flowers, revised.

Love has ten thousand names and a million different faces.

They found the ex-star, Valerie Lone, slinging hash in a diner. Love is: bringing her back to Hollywood for one helluva comeback, and killing her in the name of affection.

When they got to the party they told naive Jenny that the one guy she should stay away from was Roger Gore. So she promptly got herself seduced and knocked-up by Roger Gore. Love is: the young couple who took her to Tijuana for the abortion.

Daniel White was a no-good goddam rapist and the town wanted to lynch him, hang the nigger from a cottonwood. Love is: the responsibility to the Movement that forced the black community to consider knotting the rope for whitey.

Love is: a young boy’s first visit to a Nevada cathouse; a terrified survivor of Belsen trying to understand her racist tormenters; a runaway couple facing a killer in a speeding boxcar; a 41-year-old writer trying to make it with a 19-year-old student; a blinded soldier crawling through death and darkness to save his friends; a loving kid learning hate.

Contents:
Introduction: Having an Affair with a Troll
Neither Your Jenny Nor Mine
The Universe of Robert Blake
G.B.K. – A Many Flavored Bird
Riding the Dark Train Out
Valerie
The Resurgence of Miss Ankle-Strap Wedgie
Daniel White for the Greater Good
Blind Bird, Blind Bird, Go Away From Me
What I Did on My Vacation This Summer, by Little Bobby Hirschhorn, Age 27
Mona at Her Windows
When I Was a Hired Gun
A Path Through the Darkness
Battle Without Banners
A Prayer for No One’s Enemy
Punky & the Yale Men
I Curse the Lesson and Bless the Knowledge 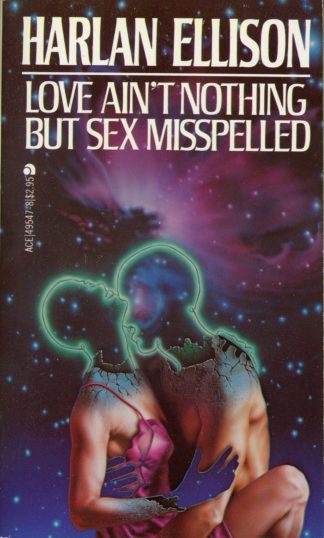