A fabulous rock novel of the Funky Fifties. In the days when Elvis hadn’t yet been on the Ed Sullivan Show; when nobody but blacks dug Otis, B. B. and Chuck; Janis and Jimi were 12 years old; & the superstar was a ratfink with a voice like a

Only 4 left in stock

Set in the early days of rock and roll, this seminal novel has been praised by Rolling Stone critic Greil Marcus as, “the best novel ever written about rock ‘n’ roll.”

If you thought the only thing Harlan Ellison writes is speculative fiction, craziness about giant cockroaches that attack Detroit, or invaders from space who look like pink eggplant and smell like yak poop, this dynamite novel of the emergent days of rock and roll will turn you around at least three times. No spaceships, no robots, just the story of Luther Sellers, a nice kid from Louisville  with a voice like an angel, renamed Stag Preston by a sharp promoter, star rises faster in the music world than a Roy Orbison high note, but whose sadly also has an invisible monkey named Success riding him straight to R & B hell. 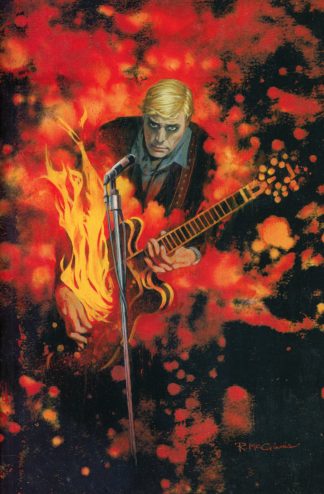