RUSTY SANTORO
IS NOT
HARLAN ELLISON

Harlan Ellison, the most honored writer in the world of imaginative literature, began his writing career with this searingly realistic novel of life in the streets; he wrote it in the early Fifties, when kid gangs owned entire neighborhoods, when rumbles in Prospect Park meant teen-aged bodies on morgue slabs the next morning, when a kid who wanted to get away from the killing and the senseless violence became a target for his own friends.

And Ellison didn’t just cobble it up from newspaper or scandal sheet reports. He actually went into the heart of Brooklyn’s toughest section, joined a “bopping club” and ran with them as a member for ten weeks. When he came out, he sat down and wrote this book. It was an auspicious, crude, vital beginning for a writing career that has made Ellison a watchword on college campuses all over America. It is a dynamite book as fresh today as the day it was first published. Maybe because it’s good fiction based solidly in frightening truth. 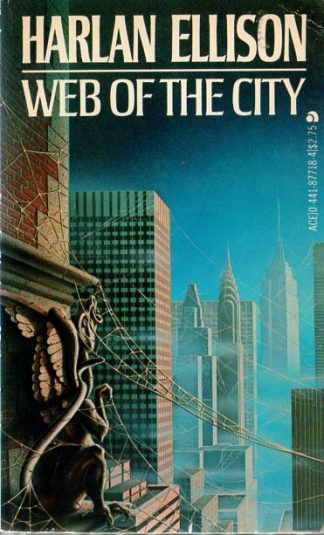